God wanted him to show us by his life, death, and resurrection, how deeply and passionately we are loved; how much he longs to bless us; how we should care for and be blessings to others (those truths also seem to have been lost to us on our often broken journey).

Jesus fulfilled his purpose even though he knew he was making a lot of “important” people angry. So angry they would kill him. I’m pretty sure no one wants to kill us for striving to be all God created us to be (though that is not the case for many Christians in other countries). So, we have to come up with a different excuse – and we do: I’m not smart enough, I’m busy, I don’t think that applies to me. I need to straighten up my messy life and my underwear drawer first…wha-wha-wha…

Daily, Jesus had to decide if he would keep doing what he came here to do. And just before they came to take him away, scripture tells us that he was in agony praying that God would just make it go away (Luke 22:39-46). After all, the human side of him did not want to suffer. But, in the end, he accepted whatever God’s will was. Just think about how that turned out!

We are now in Holy Week – when we remember Jesus’ suffering, death and his glorious resurrection on Easter Sunday – which we celebrate because we are reminded of how much God loves us! This is the moment in time when the disciples came out of hiding; when their fears and doubts fell away, and they tripped all over each other to get busy preaching and teaching and glorifying God. Skipping happily to their own deaths (except for John). 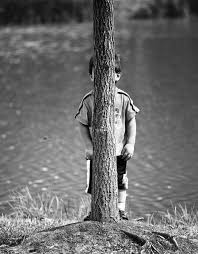 God tells you in scripture that he made you and had special plans for you before you were even born. He gave everyone gifts and talents and at the same time made each person unique and special. (Jeremiah 29:11)

Sure, you may doubt yourself. You may not want to risk using gifts that you think others will make fun of or criticize. But, if you trust that God gave you those gifts, then you must believe that he has already given you everything you need to use them. Not doing that would be sort of like gifting you with a new car and not giving you the keys wouldn’t it?

So…what do you say? There is no better time than this moment to reflect prayerfully on what your life’s purpose is, if you haven’t already. Sit quietly with God and just ask him to help you consider:

God is waiting for each of us to step out of our comfort zone; to come out of hiding, and serve this broken world.

During this Holy Week, perhaps for the first time, deeply contemplate Jesus’ life, death, and resurrection in light of your own life; your own purpose. Is this your resurrection moment? Is it time for your “yes”?

2 Corinthians 5:17 proclaims that you are a new creation in Christ each new day, “This means that anyone who belongs to Christ has become a new person. The old life is gone; a new life has begun!”

Also, and very importantly, when you’re considering your gifts and how you are called to use them try not to get all full of yourself in the process – okay? It would be easy to do, but, dear heart, this isn’t about you!

Always keep Jesus’ example in the forefront of all you do:

Why did God send Jesus here?

It wasn’t to flex His muscles – although he could have. He could have taken his anger out on our sinfulness and rejection and wiped us all out. He did it before you know…

No, it was to show us in the most powerful way he could how deep his love is for us, and in particular, those who suffer.

It wasn’t to gather groupies who would idolize him, serve him, and cater to his every whim – although, that would have been easier. All he had to do was eliminate free-will. But our free-will to love him – or not – was too important to him. Even though that very will nailed his Son to the cross.

No, it was to model meekness, humility, and service to those most in need.

It wasn’t to puff out his chest and boast of his great might – although he had plenty to boast about. No one, no matter what pedestal we set them on, or place of honor we bestow on them – ourselves included – no one should brag or exult themselves (though we often try).

No, his extravagant love was manifested through his beloved Son, not puffed up and boastful, but rejected and slumped over on a cross.

The prelude to Easter is a most blessed time for Christians. We are now experiencing what is to come. These are essential things to reflect on as we consider the Pascal Mystery: Jesus’ life, death, and resurrection. The sad reality is that we often get stuck with the Good Friday Jesus. If we allow that to happen, then Jesus becomes just another prophet, albeit a pretty good one. Love those parables! But then, God remains remote and irrelevant to our lives.

Do you suppose God just dropped Jesus off here and left him to fend for himself? If so, then why would I depend on him? I’ll get my card punched on Sunday, but for the rest of my life, I’ll just take care of myself. Thank you very much. I’ll come back to why that doesn’t work in a moment, but for now, let us consider these passages:

Those who hated Jesus so bitterly stood at the foot of the cross and scoffed at him, “Where’s this God of yours now? He doesn’t seem to be bothered about you”! Keep in mind that the belief of the Jewish people was based on punishment and reward. They were saying, in essence, “See, we are justified in crucifying you, Jesus, and God’s silence is proof of it. It was your own blasphemous sins that brought you to this end.”

There were lots of people standing near the cross that day: those who hated Jesus, those who loved him, and many others who did not know what to think about him. Everyone was waiting to see if God would show up. But he was silent then even when Jesus cried out to him. It was a justifying silence for Jesus’ accusers and murderers, a deafening silence for his followers, and a confusing silence for those who just weren’t sure.

Those who believed in Jesus, who put all their faith in him, were desperate for God to rescue them. They were hoping for retribution. So imagine how devastated they must have been when God was silent, and Jesus indeed died. As they walked away, their weariness was more than they could bear – hopes morphing into despair – mumbling under their breath, “Why didn’t you come, Lord? Why didn’t you save him? What are we to do now? If this Jesus was not the One, who then? How much more can we take”?

Sadly, for many of us today, faith is based on the same idea of reward and punishment. Think you’re going to heaven? Think again if you’re bad! (However you define bad.) Think you’re going to hell? Who knows? It’s a lifelong nail-biter, isn’t it? God is the proverbial Record Keeper. Add to that the concept of a God out in the stratosphere, distant and aloof, and it’s no wonder we feel lost in this crazy, God-forsaken world.

Ponder for a moment, if you will, how the above passages speak to your own life. That’s all I’ve been thinking about lately. Growing up, my family was of no faith. I only recall going to church once with my family, though a neighbor regularly took me to Sunday school. One Easter Sunday, we all had new outfits and paraded into my grandmother’s church.

All of this pondering begs the question: Is God present to us or not? Does he care one lick about our day-to-day lives? Did he just dump us off here too? “There you go, Linda. Have a nice life. See you at the end – maybe – or not.” You will never have the answer to that question if you remain stuck with the Good Friday Jesus.

We must live our faith from the other side of the resurrection! That is the only place it is possible to view God’s immense love for us. Jesus’ life, death, and resurrection point the way. In the moments that it feels like God is silent in our suffering, there is a reason far beyond what we can humanly understand. It is not God who is not present to us; it is us not present to him. Have you ever considered that? God is totally invested in you!

If you feel distant from him, it may be a good time to look at where you are in your faith. For me, those moments have always pointed to my being too caught up in things of this world to give God much thought. And truth be told, often, it is intentional because I know I am not where he wants me to be, and I don’t want to change. So there – I said it.

I can often be selfish and self-serving, and there is no room for God there. And then I get whacked with this passage, “For the Lord your God is a consuming fire, a jealous God.” (Deuteronomy 4:24)  How can I possibly enjoy my worldly pursuits when he’s watching – fuming perhaps? La la la la la – I can’t hear you! (I don’t recommend that – it has never worked well for me.) 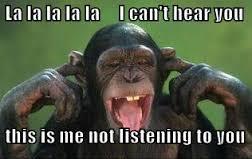 My beloved friends in Christ, this is the time, if no other, when we are compelled to open the eyes of our hearts! There are two passages in Scripture I would offer you for your reflection as we near this blessed time of Jesus’ Passion:

Luke 19:41, “Now as He drew near, He saw the city and wept over it….” When the crowds saw Jesus entering Jerusalem, they began singing praises.”

Why did he weep? Because he knew they still did not understand. They followed, praised, and put all their hopes in an earthly King. Jesus’ heart ached because God loved them so deeply that he was preparing to die for them, yet they could not comprehend the magnitude of that Love.

Matthew 27:50-54, “And Jesus cried out again with a loud voice, and yielded up His spirit. Then, behold, the veil of the temple was torn in two from top to bottom; and the earth quaked, and the rocks were split, and the graves were opened….So when the centurion and those with him, who were guarding Jesus, saw the earthquake and the things that had happened, they feared greatly, saying, “Truly this was the Son of God.”

Do you see? God’s heart was torn apart for the love of his Son. Do you know why he was willing to suffer such pain? Because his heart ached for the love of you and me! How could you possibly think he doesn’t care? Perhaps you have never asked.

When God explodes into my life I have to write about it!