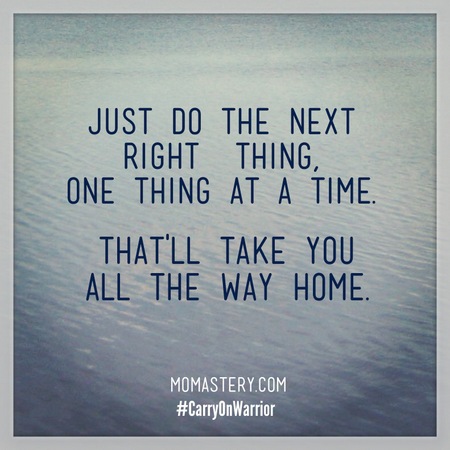 Many people use, and believe, the expression, “the patience of Job”.  Actually, Job was not a patient man. Perhaps a bit more patient than his lovely wife who told him to “Curse God and die!”– And his so-called friends who insisted God had exposed him for his wickedness. Their accusations had no limits:

Eliphaz, like most people in Jesus’ time, and many people even today, sadly, believed suffering was a direct result of sin; that suffering exposes you to God’s wrath – you’re busted!

Eliphax tells Job that he suffers at the hand of God because “those who plow iniquity and sow trouble reap the same”. (Job 4:7-8)

And, of course, not to be outdone by the others, Zophar annihilates any sense of worth he may be clinging to, “You’re a damn fool! Waxing poetic nonsense like you can dupe everyone, even God. Are you crazy?! We’re going to hang out here until God decides to give you a piece of his mind. And he will. You watch. If you weren’t such an idiot you would reach out to God while you still have breath in you!” (Job 11-14). Honestly, that’s all in there. Okay, I might have taken some license with it.

So, would “patient” be the appropriate verb for Job? After all, he admits, “I am not at ease, nor am I quiet; I have no rest; but trouble comes” (Job 3:26). I do, however, believe Job endured through more hardships than most of us could possibly imagine. So, let’s give him that.

Then, there was God, who was eerily quiet, until he came storming out of the whirlwind (38:1-40:2) into Jobs broken heart, revealing his power and majesty. And what was Job’s response? How could it have been anything other than “what shall I answer You? I lay my hand over my mouth” (40:4). And later, “Therefore I have uttered what I did not understand, things too wonderful for me, which I did not know.” (42:3). So, I think we could also give Job credit for finally surrendering to God even in the midst of his suffering; even though he still had no idea why God allowed him to suffer such pain and loss. God owned him no explanation and he no longer questioned God.

As for me? How long have I been questioning God? Forever, I think. Questioning often grew into whining and whining into mistrust until I felt I would never know or abide in the deep faith I so longed for. I was too afraid and too busy trying to control my own destiny. I talked about surrender and wrote about surrender, but felt my hypocrisy would one day be exposed because I wasn’t living it. Easy enough for me to tell you to surrender your life to God! Go on now. You’ll be fine. Honest.

In all fairness to my fragile ego, in two of the major events in my life: writing a book and going to graduate school, I did get the first part of God’s calling right. Go. The problem was my need to second-guess him; to run on ahead of him. But, let’s go back to where it all began.

God said to me one day, out of the clear blue, “Write a book.” Long story short, it was a work in progress for ten years: written, rewritten, and self-published twice. Writing the book was the part of God’s call I listened to and accepted.

The part I added later went something like this: “I’ve just written a book! Since this came from you, Lord, I can only assume it’s going to be on the New York Times best seller list! WOW! I can’t wait!” When that didn’t happen, I began to grow weary of God failing to meet my expectations and started to whine and complain, again. “God, why did you have me write this book? There have been so many mistakes made in the process. You knew I didn’t know what I was doing. So, why? Why? Why? Why?” Those incessant questions were born out of my feeble attempt to control the process and the outcome.

The next chapter begins with a friend asking me to speak at her church. I muttered a few words in God’s direction, “Lord, if you are now calling me to speak, even thought this is also something I never would have imagined doing, then I will do it.” I enrolled in a Speakers Training Workshop, had promotional DVD’s made and mailed to everyone I could imagine would care. I was offered a few opportunities to speak, and although I was extremely nervous, they went well and the feedback was positive.

Would it surprise you that I again tried to finish this chapter without any input from God? Oh boy, speaking! Yippee! I wanted to be faithful, funny and famous; Beth Moore, Sheila Walsh, and Chonda Pierce all rolled into one. And why not? This was God’s calling for me and he doesn’t do ordinary. But, except for those few opportunities, I sat by a silent phone practicing my funniness in the mirror.

“Oh, hahahahaha Linda, you are so funny!”

Wait, don’t leave! There’s more! In 2006, I was approached by my pastor to consider a program that would entail studies for a graduate degree in Pastoral Care (I still have the laugh lines from that one!). Seriously, I was nine credit hours short of an Associate’s Degree from a community college, and this was a graduate program! Right! To appease my pastor, I completed the application forms certain they would not accept me.

When the letter came I confidently opened it. My rejection began with “We are pleased to inform you…” That’s not nice I thought. You are pleased to tell me what I already know – I’m a loser?

The letter went on to say they had accepted me. .

“Oh shit!” That’s what I said. That word usually only comes out in extreme circumstances like a car coming at me head-on, being stuck in a burning building, or having Robert Redford knock on my door and I’m in my bathrobe and curlers. (Yes, I’m that old!).

An impossible and immutable reality was staring me in the face and I was scared to death! But, I went, frightened and uncertain, and graduated in 2009. Glory be to God – well, and to Linda, who, after one semester of preaching classes, and a head full of myself, determined that I would probably become the female Billy Graham on the preachers circuit. But, alas, more dashed dreams of fame.

I was supposed to move right from graduation to a position as Pastoral Associate in my comfortable little church. But, yep, you guessed it, that’s not what happened. After three grueling years of studies, I was told that position was not available due to lack of funding. So, there I sat in my pile of poopy dreams and unfulfilled aspirations as imminent writer, speaker, preacher and/or Pastoral Associate faded into oblivion.

For three years, I have been bellyaching to God just like Job. And then it happened, though not out of a whirlwind. God’s preferred method of attention getting for me is a 2×4.

While driving down the highway, minding my own business – from out of nowhere – WHACK!

“Are you paying attention, Linda?”

Suddenly, I was pummeled by God, or at least that’s how it felt, with a review of the course of events that had transpired. Here’s a chronology of those events:

Do you see how God has moved in my life over all these years? I didn’t until that fateful trip in my car last week, when all of these events and situations came flooding into my head – then my heart. And, just as with Job, God spoke:

Linda, Linda, Linda, what am I going to do with you?! I called you to write a book, to do some speaking, to go to graduate school. Who told you you were going to be a famous writer, speaker, or preacher?! Much of the time you ran off on your own without waiting on me; without even consulting me. You had it all figured out and then when it didn’t happened the way you planned it, you came complaining to me. My time is not your time, my ways are not your ways. It’s about obedience and trust, Linda. I think you are finally ready to hear that. Why, according to your timing, has it taken so long?

It was important for you to feel the pain of the loss of your mother and to go through your own healing process before you could enter the sacred space of others who suffer; are dying, or have lost a loved one. This is Holy Ground that I am asking you to step into. You were not ready before.

Somehow you have managed to move in the direction I have called you. You’ve made it an uphill climb, but you have been falling forward, so that’s progress! I placed the desires in you before you were born, and I have set in place my plan for you and long to bring it to completion…

If you will just get out of my way!

A few days after the Holy Whacking in my car, I received a Daily Meditation from Richard Rohr. Quite appropriate I think:

I have come to understand through personal experience what Richard Rohr also says about grief and death and dying:

We must learn how to walk through the stages of dying. We have to grieve over lost friends, relatives, and loves. Death cannot be dealt with through quick answers, religious platitudes, or a stiff upper lip. Dying must be allowed to happen over time, in predictable and necessary stages, both in those who die graciously and in those who love them. Grief is a time where God can fill the tragic gap with something new and totally unexpected. Yet the process cannot be rushed.

It is not only the loss of persons that leads to grief, but also the loss of ideals, visions, plans, places, and our very youth….Grief work might be one of the most redemptive, and yet still unappreciated, ministries in the church. Thank God, it is being discovered as a time of spacious grace and painful gift.

What a dunce I was, “Therefore I have uttered what I did not understand, things too wonderful for me, which I did not know” (42:3). I pray I have finally learned to wait on God and know his plan for me is perfect; to trust his infinite wisdom more than my finite and feeble efforts to do things my own way.

And the saga continues…

I would like to conclude with a quote from Glennon Doyle that sums up where I’m at right now in my life.

“Still not holding my breath, Linda.”